The Marvel of Ring Week

2/28/2020
Melissia Mason
The tradition of Ring Week at Emma Willard School is one of many markers along the journey for 11th graders rising to become 12th graders. What began in the 1940s as a ring dinner, where the headmistresses would present 12th graders with their class rings, has grown into a week-long celebration.
According to The Clock, the first mention of Ring Week in Fine Print was in the 1980-81 school year. It was described simply as the time of year when 11th graders “receive their school ring amid much ceremony.”
This year’s process began in the fall, with ring proposals—11th graders asking 12th graders to be their “Ring Sibling.” Students have the option of participating in the tradition, and can even choose several siblings—like a “Ring Family.” 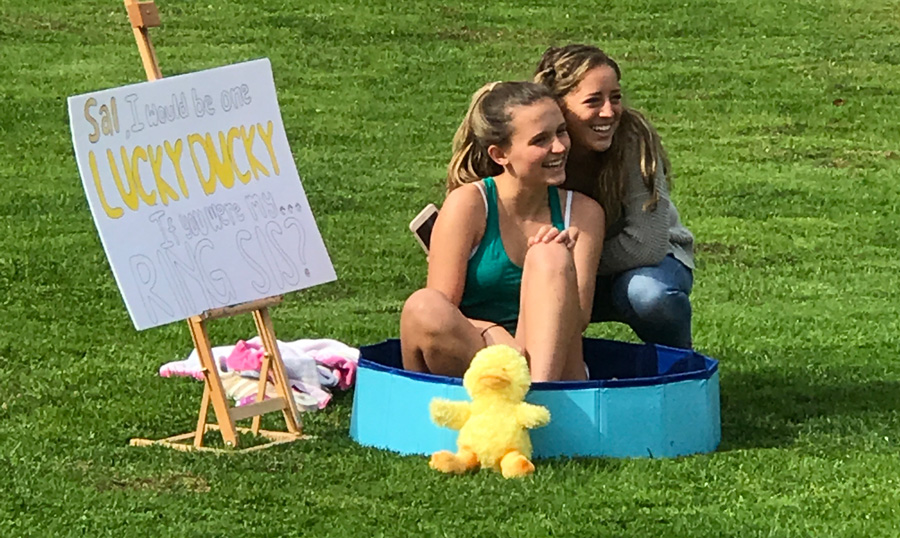 The responsibilities of a Ring Sibling include planning fun and interesting activities for their 11th grade sister to do throughout Ring Week. Starting last Monday, students have been dressed up as a variety of characters (or objects). A bundle of grapes, an inflatable unicorn or panda (and on Friday, a t-rex has been casually making the rounds), the personification of YouTube, and an avocado have all made appearances this week. Many 11th graders are sporting signs that read, “Seniors, ask me…” with queries just vague enough to arouse interest (“for advice” or “who I know”), and are in search of the faculty or staff member who holds the second half of a specific secret quotation. 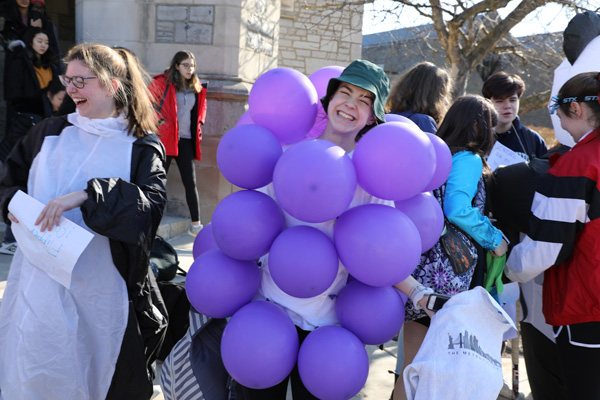 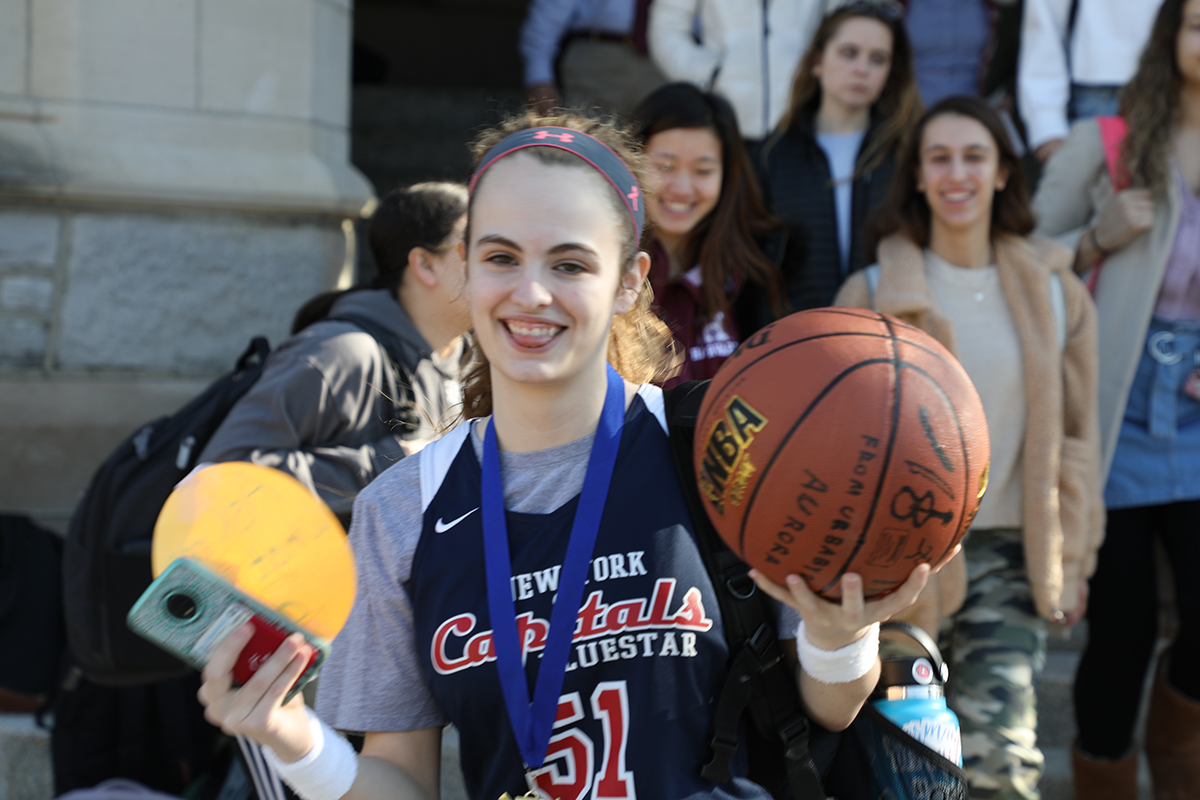 The week culminates with a Friday evening reception and dinner, during which 12th graders present the 11th grade class with their long-awaited rings.


Although the tradition has evolved over many years, the purpose still remains the same: fostering relationships across classes that will last a lifetime.
Back 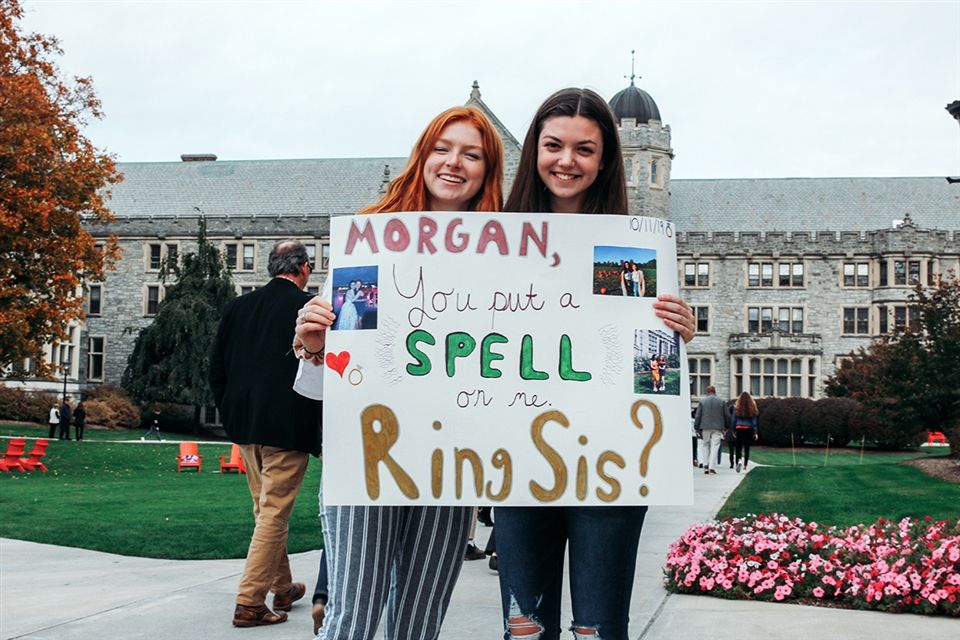 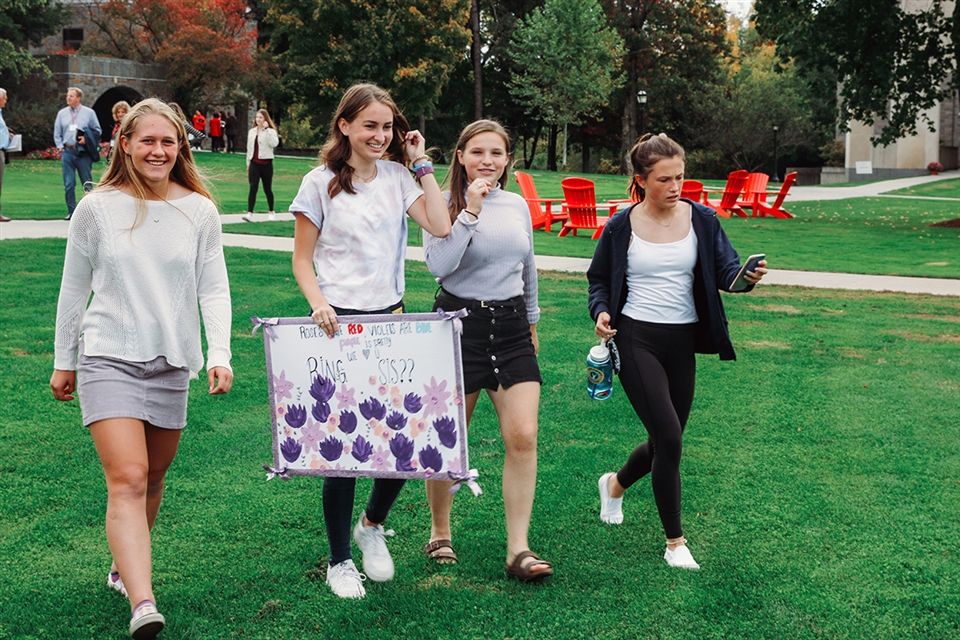 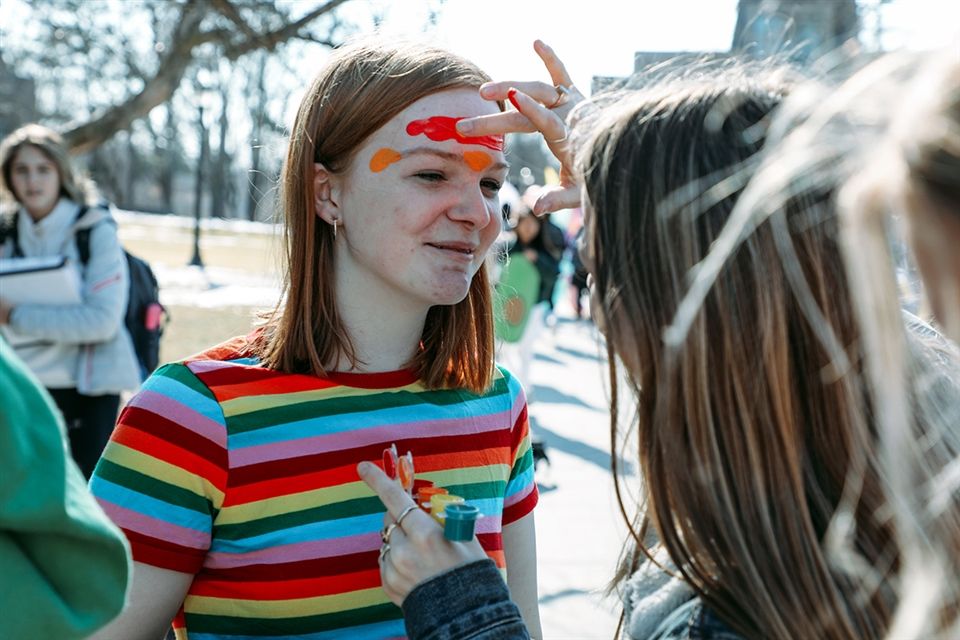 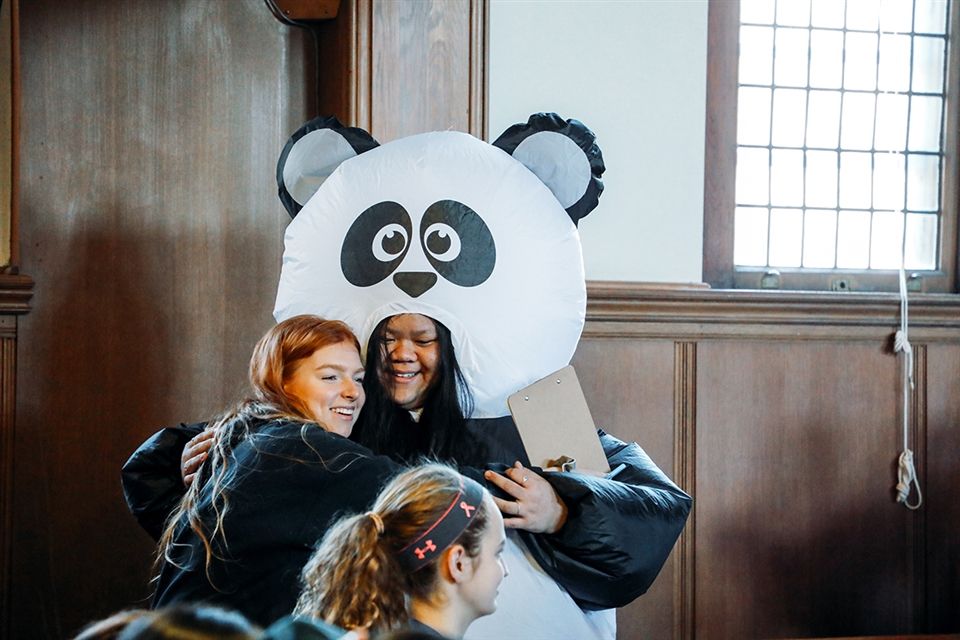