Joined by family and friends, Emma S. ’22 made history last Wednesday as she became the first Division I basketball signee from Emma Willard School. The senior captain joined the nation's top talent as she officially signed a letter of intent to continue her academic and athletic career next year at Lafayette College in Easton, Pennsylvania.

“Emma has been an elite basketball player throughout her time at Emma Willard, and it has been an exciting one.” Emma Willard School Athletics Director Liz Parry shared during the signing ceremony. “With her Senior season about to begin on Monday, Emma is currently a three-year starter with an incredible 712 career points and holds the record for single season points, 351, in her sophomore year. In this same year, she was the recipient of the Most Improved Player award as well as being selected as the Helen S. Cheel Award recipient, the only prestigious athletic award recognizing attributes of achievement, sportspersonship, and spirit from the entire freshmen and sophomore classes. Last winter, Emma was recognized as a Rensselaer County Small School All star.”

Parry continued, “As well as being an excellent athlete, Emma is serving and shaping her world. She continues to lead her team as captain this season. She is an active member and leader of our Black and Latinx Student Union organization. She was a National Association of Independent Schools Student Diversity Leadership Conference participant and is currently serving on the school’s Student diversity leadership team.”

Emma spends her summers traveling with her Amateur Athletic Union (AAU) team, the Philly Rise, one of 32 Nike sponsored girls teams in the nation. AAU has awarded Emma incredible opportunities to play alongside other highly recruited athletes in a number of prestigious tournaments such as the Nike Nationals, Nike Tournament of Champions, and the Elite Youth Basketball League (EYBL). This Summer, Emma will join the U18 German National Team as they compete in the 2022 European Champions, building on her already impressive international resume with the U16 National team.

“I think it’s just the perfect match for me. It felt like home.” Emma explained during the Leopards Signing Day broadcast. “It’s the perfect balance for me with athletics and academics. What I was thinking about through my whole recruiting process was all the boxes I wanted to check with a school, and I think Lafayette just checked every single one of them and more. An amazing coaching staff-- before I even committed, I could tell that they were really invested in me as a person, not just a player.”

Emma was accompanied at Signing Day by her family, classmates, teammates, Emma Willard School Athletic Department staff and her academic advisor. Additionally, Emma was joined by family in France, the United Kingdom, and Germany via livestream.

“When you talk about a player who has a limitless ceiling… that’s Emma.” Lafayette Basketball’s Coach Kia Damon-Olson proclaimed during the Leopards broadcast. “She’s very skilled and very versatile. She’s going to be able to do a lot of dynamic things for us offensively.”

Emma Willard School would like to congratulate Emma and her family on this historic and well-deserved opportunity. We are excited to witness your final season as a Jester and eager to support you in your new journey as a Lafayette Leopard!

Emma S. ’22 joined by her parents on National Signing Day! 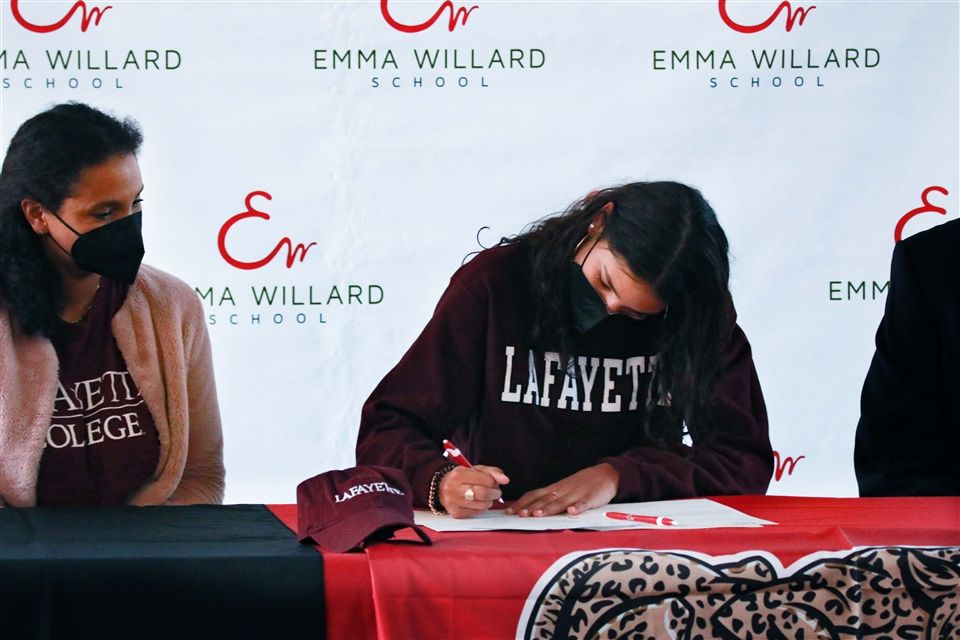 Emma S. ’22 joined by her parents on National Signing Day! 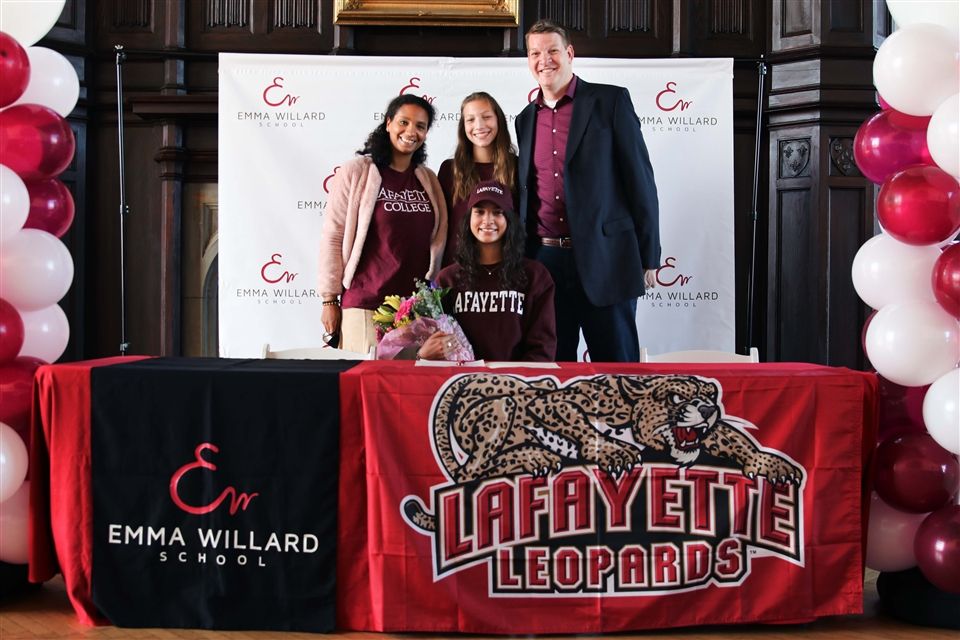 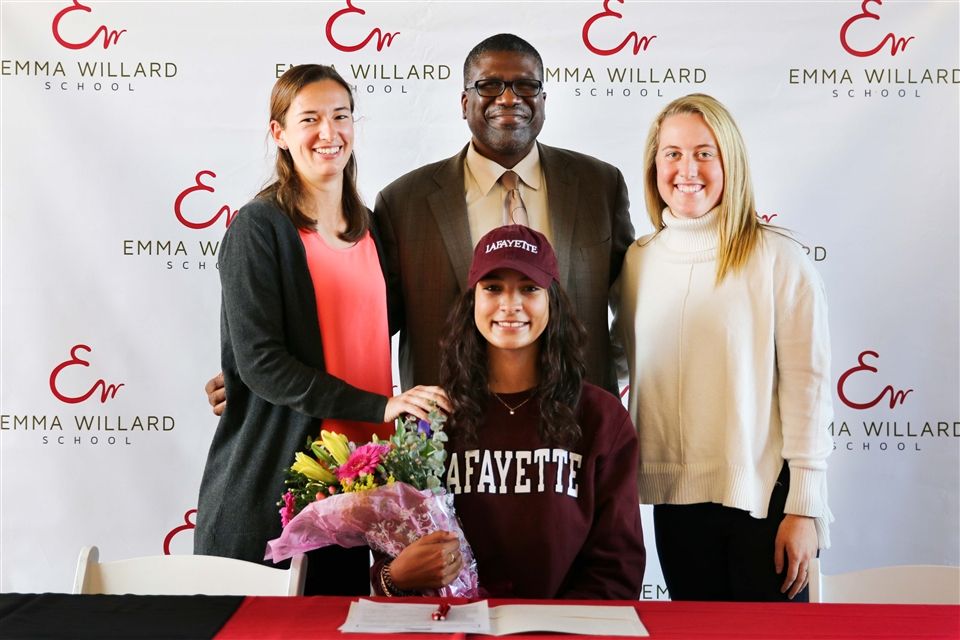 Emma S. ’22 with her EWS coaches both past and present: Science Instructor Samantha Skott, Tony Holston, and Anna Despart. 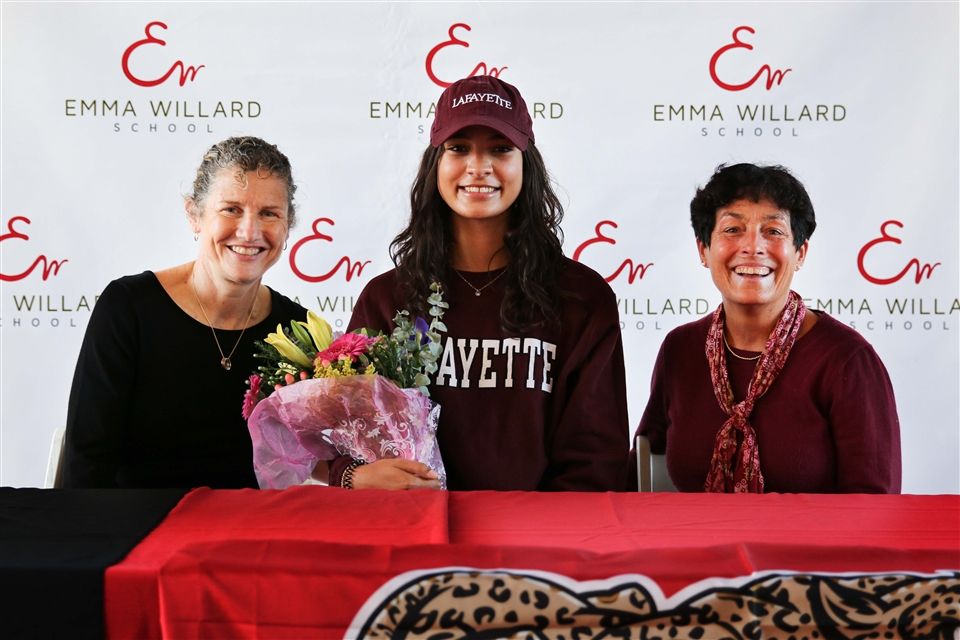 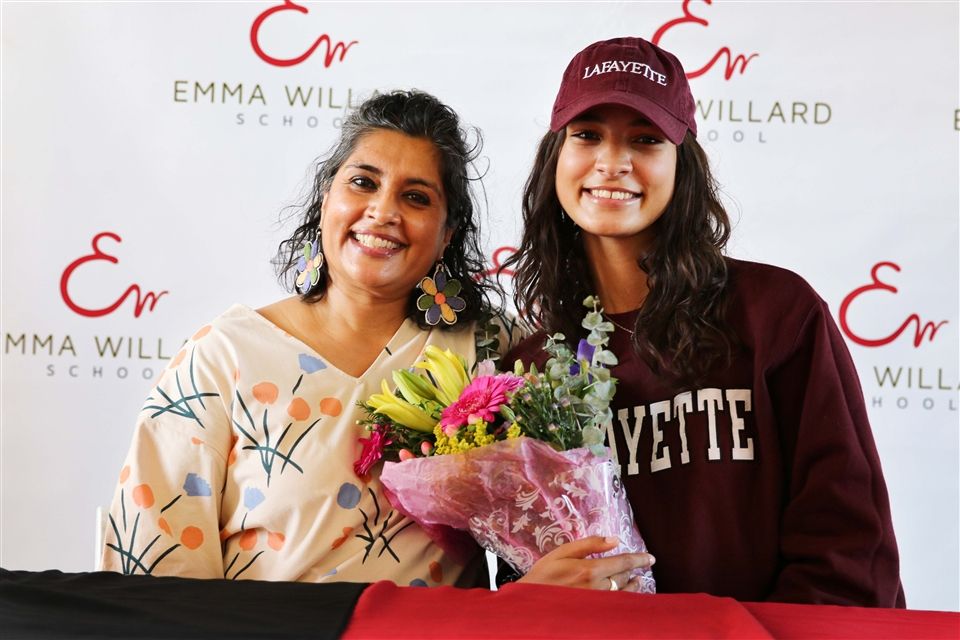 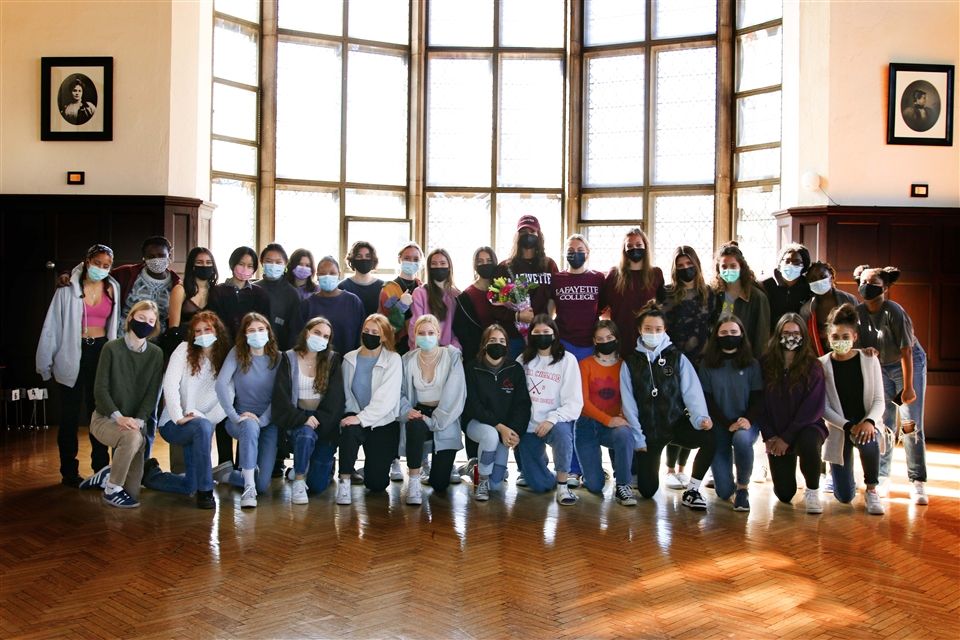