Studying computer science can open a number of doors for today's students, giving them the tools to excel at tech based jobs where they can drive innovation and creativity in the field. Unfortunately, there is still a long way to go to achieving equal gender representation in the world of computer science. Research demonstrates that women are more likely to pursue computer science if they are given the opportunity to explore it in high school.

College Board has chosen to honor schools with the AP Computer Science Female Diversity Award for expanding young women’s access to AP computer science classes and for the important steps they’re taking to reach gender parity. Schools receiving the AP Computer Science Female Diversity Award have achieved either 50% or higher female exam taker representation in one of or both AP computer science courses, or a percentage of female computer science exam takers that meets or exceeds that of the school’s female population.

This year, Emma Codes competed in the American Computer Science League (ACSL), a series of computer science and programming contests for K-12 students with over 500 teams participating in the United States, Canada, Europe, and Asia. Each ACSL season is divided into four contests, testing students on fundamental concepts in computer science, ranging from Number Systems to Boolean Algebra to Digital Electronics. Each contest also includes a problem to solve by programming. In their ACSL debut, Emma Codes, led by Computer Science and Mathematics Instructor Chiara Shah, tied for second place in the classroom division. Additionally, four students were invited to compete in the finals' competition: Stella L. '23 earned a bronze medal for her performance, scoring 17 of 20 points, while Seren Y. ’24, Evangeline W. ’23, and Carol Wang ’21 earned above average scores.

When girls miss out on opportunities to learn computer science, the tech industry misses out on their perspectives and potential innovations. It is imperative that we do our part to close the equity gaps and break the barriers that discourage underrepresented groups from participating. By diversifying the field, computer science becomes truly open and welcoming to all. Join us in congratulating Emma Codes on a triumphant first year of ASCL competition and celebrating the future of women in computer science. 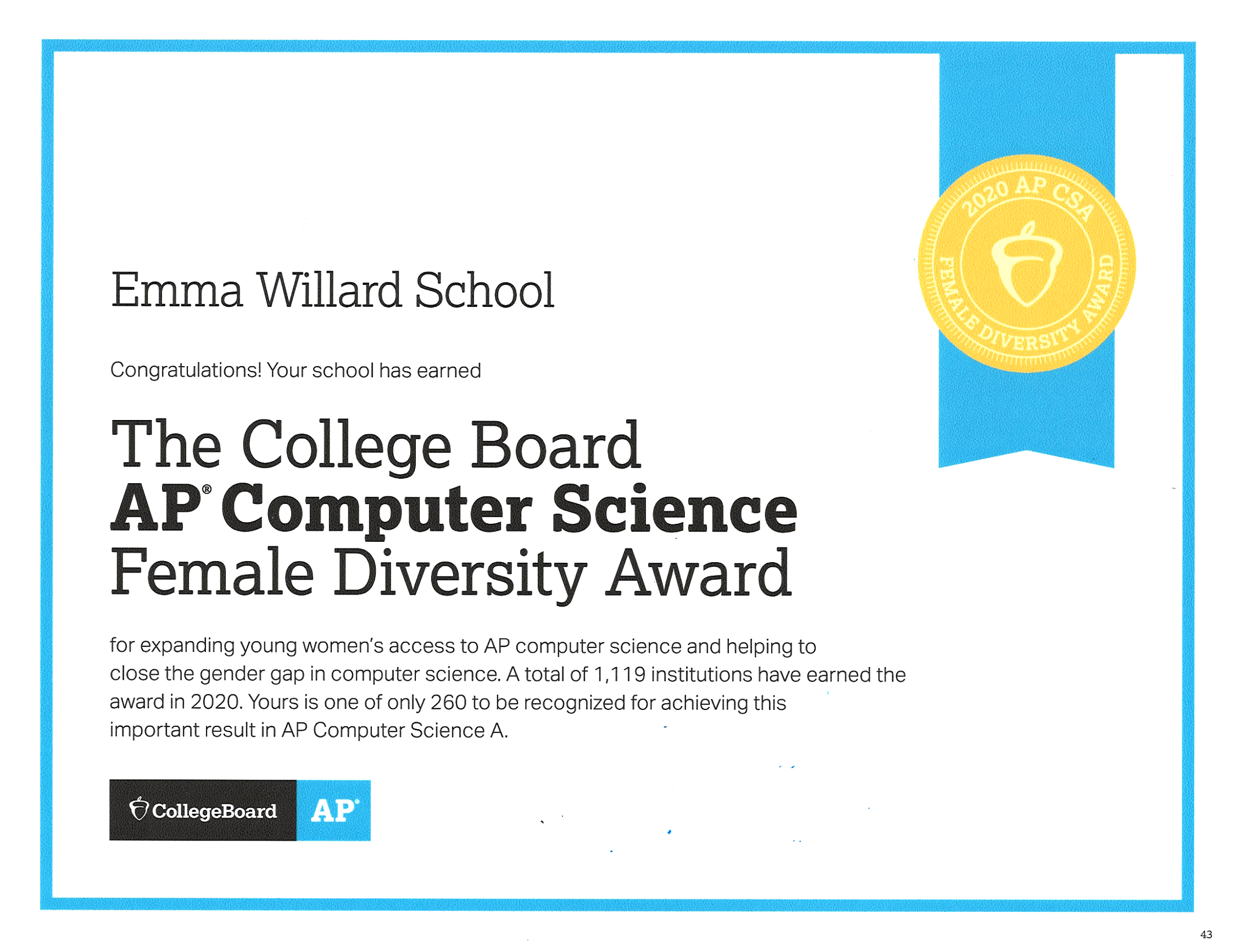