December on Mount Ida: A Beginners Guide to Winter Traditions

As we welcome the month of December, the end of the calendar year is hot on our heels. Between projects, packing, and finals, the three weeks between Fall and Winter break escapes us faster than most. In a time when it’s easy to get swept up in the holiday hustle, we look to traditions to keep us grounded. In the next week and a half, the Emma Willard School community will come together to experience three of our most treasured events to carry us into the new year.

There are a number of storied traditions that live on here at Mount Ida. For instance, there is Mayday, a colorful celebration welcoming Spring, and Triangle Takeover, a rite of passage for the newly appointed senior class. While the list goes on, this time of year is reserved for a trifecta of holiday action sure to dazzle new and returning students alike.

December's festivities kick off two Fridays before Winter break with Eventide, a magical choir and orchestra performance sure to get you in the spirit of the season! Usually accompanied by a fresh blanket of snow, Eventide begins with the sounds of the season echoing through the Chapel as musical acts delight the audience. Soon after, the Senior Triangle becomes filled with light and hope amidst the dark of night as the community comes together to sing a final song between flickers of candlelight. Eventide was once known as Vespers, which included Christmas music and Bible verses read by students and faculty. Over the years, Emma Willard School has preserved the spirit of Vespers through Eventide, but redesigned the tradition to serve as a celebration of the season that everyone could enjoy regardless of religious affiliation.

Once Monday arrives, the energy and excitement on Mount Ida is quite contagious. While some students hustle to classes, others sneak away to pull off the ultimate surprise. For the next five days, Peanuts and Shells takes over campus and the time for gifting begins! How does this work exactly? Each participant draws a name of another community member at random, who then becomes your peanut. Throughout the week, the shell, who originally drew the name, leaves small anonymous gifts under $5 for their peanut to find. On Friday afternoon, the secret identity of the shell is finally revealed during the Peanuts and Shells party, where they present their peanut with one final gift. Peanuts and Shells allows students to get in the giving spirit without a large focus on elaborate gifts, while allowing new connections to be made.

While the secrecy may be difficult for underclassmen, seniors know a thing or two about keeping things classified. Revels is the senior class play portraying the Yuletide celebration of a Medieval manor family. From auditions in September to premiere night in December, the role of each senior is a closely guarded secret, unknown to anyone on campus other than their cast mates. For weeks before showtime, seniors ask other community members to “Revelize” them, which are cheeky speculations about which role may suit them best.

After the beauty of Eventide and the excitement of Peanuts and Shells, the holiday finale begins! Friday night before break, underclassmen dress to the nines to bring the long awaited revelry to life. Once inside and seated in Kiggins, it's officially showtime and the first time to confirm if your Revels guess was correct.

Next Friday, Emma Willard School celebrates our 107th Revels performance. What is most exciting is how this production will mark the first in-person Revels performance since 2019. Famously, the Class of 2021 pivoted the historic winter performance into a red carpet movie this June, proving their resiliency and creativity in the face of uncertainty. As the Class of 2022 now takes the stage, we are excited to have them lead us into the new year and into more traditions. 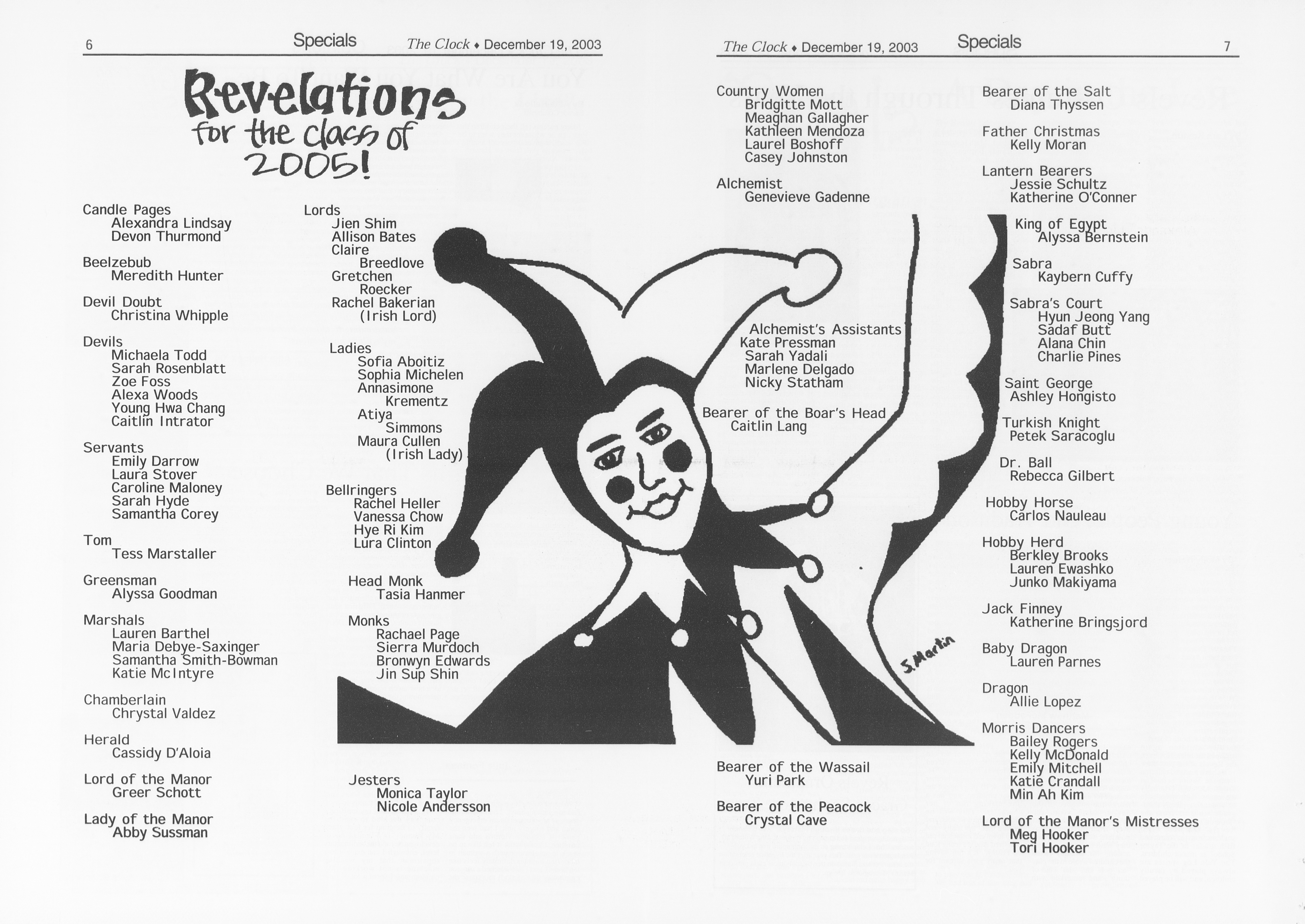 Class of 2005 Revelizations from The Clock 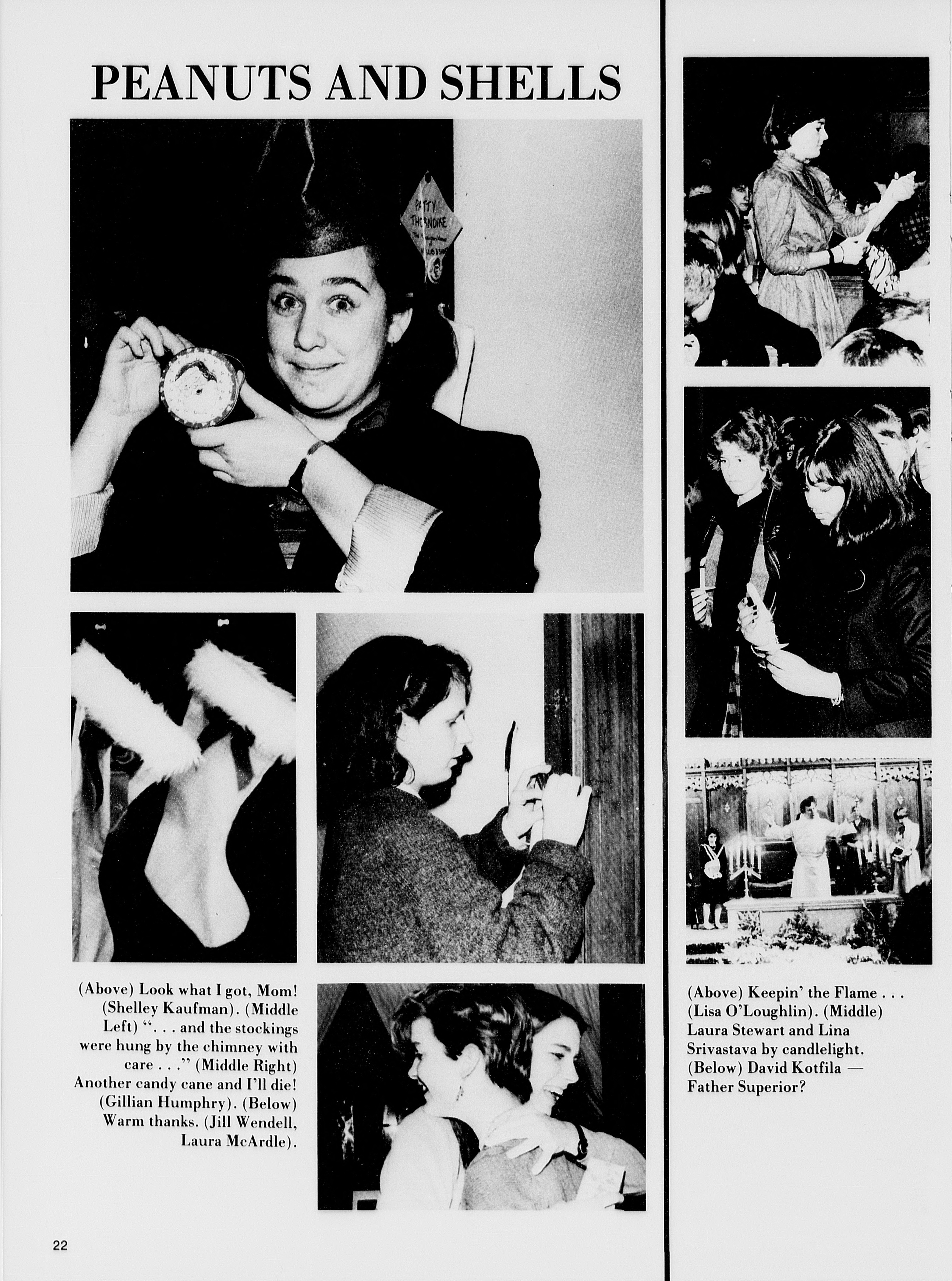 Peanuts and Shells from the 1985 Gargoyle 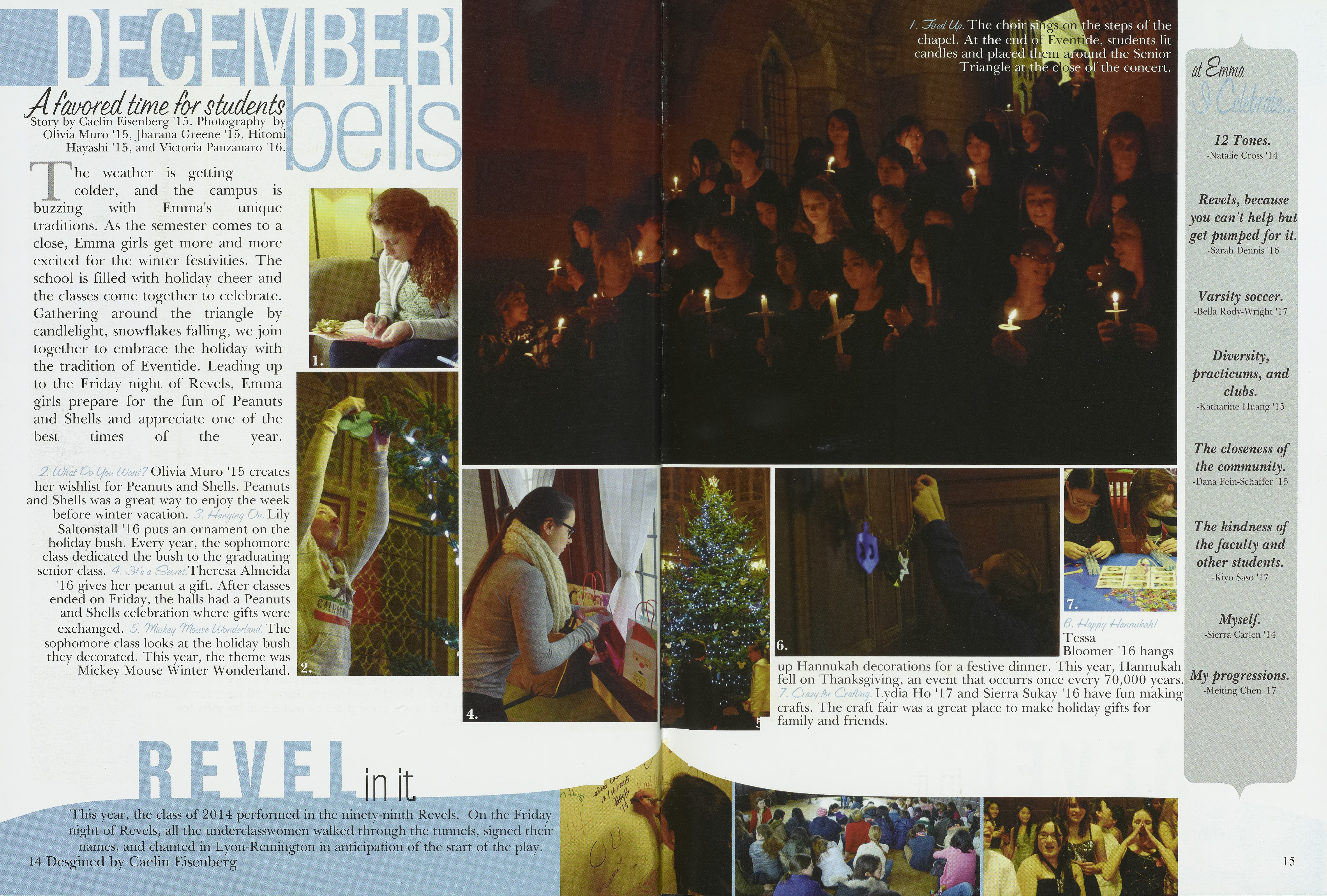 Eventide and Peanuts and Shells from the 2014 Gargoyle 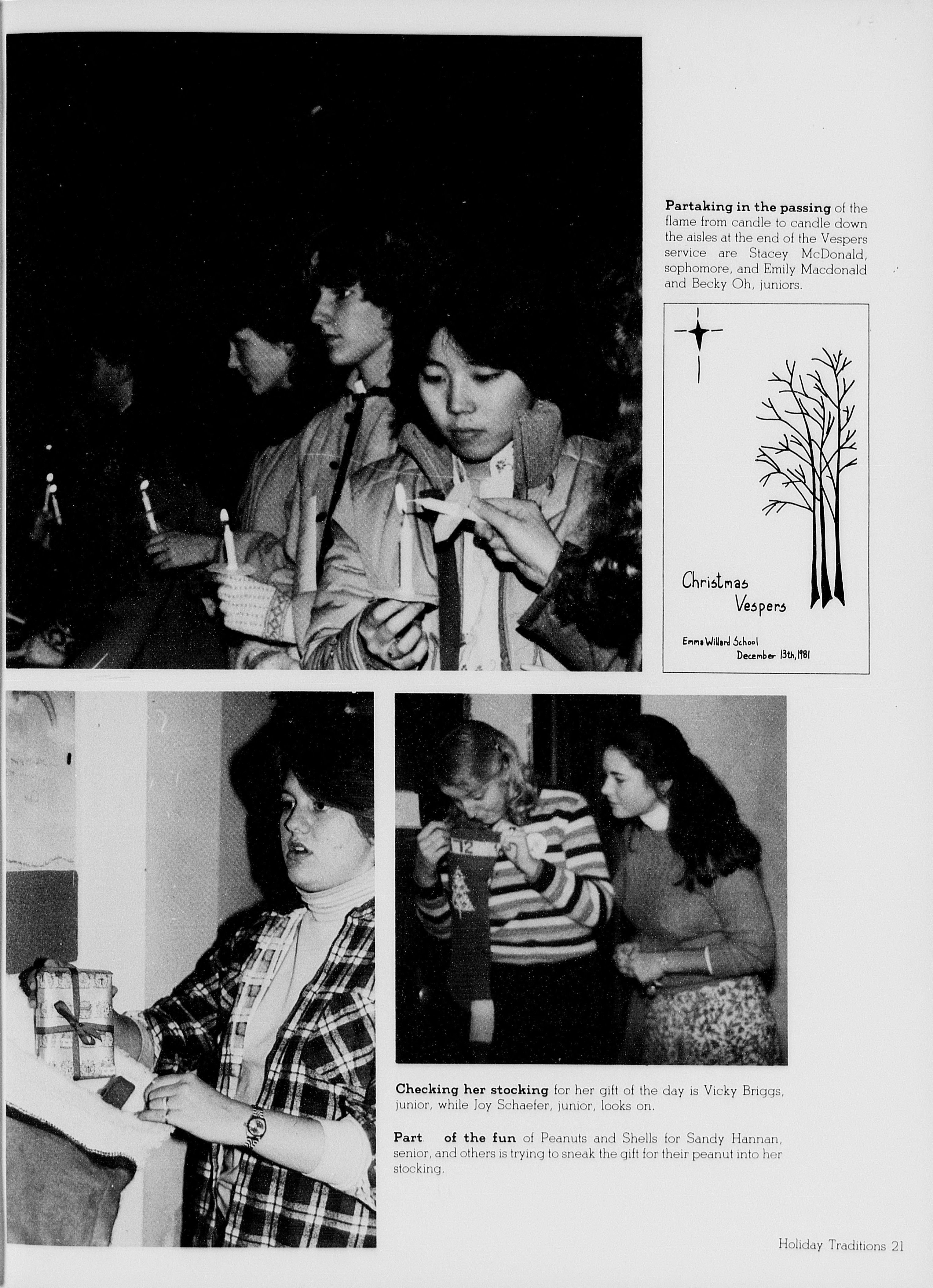 Eventide and Peanuts and Shells from The Clock 1982